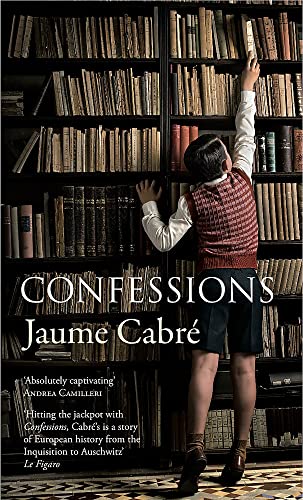 'A work of art more than a novel' - Le Point

'The narrative unfolds with such creativity and mastery... perfection from an author who has reached the very highest level of excellence in his craft. This book has earned its place alongside the classics' - Joan Josep Isern

At 60, Adrià Ardèvol re-examines his life before his memory is systematically deleted. He recalls a loveless childhood where the family antique business and his father's study become the centre of his world; where a treasured Storioni violin retains the shadows of a crime committed many years earlier. His mother, a cold, distant and pragmatic woman leaves him to his solitary games, full of unwanted questions.

An accident ends the life of his enigmatic father, filling Adrià's world with guilt, secrets and deeply troubling mysteries that take him years to uncover and driving him deep into the past where atrocities are methodically exposed and examined. Gliding effortlessly between centuries, and at the same time providing a powerful narrative that is at once shocking, compelling, mysterious, tragic, humorous and gloriously readable, Confessions reaches a crescendo that is not only unexpected but provides one of the most startling dénouements in contemporary literature.

Drawing comparisons with Shadow of the Wind, The Name of the Rose and The Reader, and an instant bestseller in more than 20 languages, Confessions is an astonishing story of one man's life, interwoven with a narrative that stretches across centuries to create an addictive and unforgettable literary symphony.

'Jaume Cabré deserves to be recognized for what he is, one of the greats of world literature' --Jordi Cevera

Jaume Cabré is a Catalan philologist, novelist and screenwriter.

He graduated in Catalan Philology from the University of Barcelona, is a high-school teacher on leave of absence, a professor at the University of Lleida, and a member of the Philological Section of the Institut d'Estudis Catalans.

For many years he has combined literary writing with teaching. He has also worked in television and cinema. He collaborated with Joaquim Maria Puyal as creator and scriptwriter of the first Catalan television series: La Granja (1989 1992), followed by numerous other shows.