Items related to The Bigamist: The True Story of a Husband's Ultimate...

Turner Thomson, Mary The Bigamist: The True Story of a Husband's Ultimate Betrayal

The Bigamist: The True Story of a Husband's Ultimate Betrayal 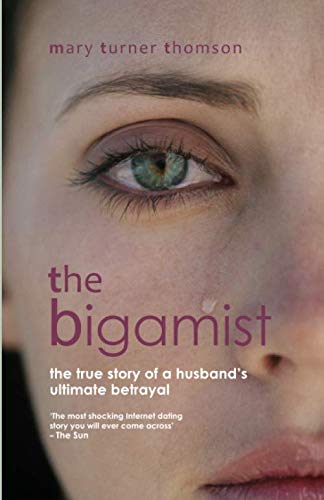 In April 2006, Mary Turner Thomson received a call that blew her life apart. The woman on the other end of the line told her that Will Jordan, Mary's husband and the father of her two younger children, had been married to her for fourteen years and they had five children together. The Bigamist is the shocking true story of how one man manipulated an intelligent, independent woman, conning her out of Ł200,000 and leaving her to bring up the children he claimed he could never have. It's a story we all think could never happen to us, but this shameless con man has been doing the same thing to various other women for at least 27 years, spinning a tangled web of lies and deceit to cover his tracks. How far would you go to help the man you love? How far would he go to deceive you? And what would you do when you found out it was all a lie?

"A brilliant and incisive account of her nightmare" (Daily Express)

"I couldn't put down this gripping read" (Woman)

"If ever there was a story to prove the age-old adage that love is blind, this is surely it" (Daily Mail)

A chilling account of how an ordinary single mother fell into the clutches of a bigamist, paedophile con man while looking for love on the Internet

1. The Bigamist: The True Story of a Husband's Ultimate Betrayal