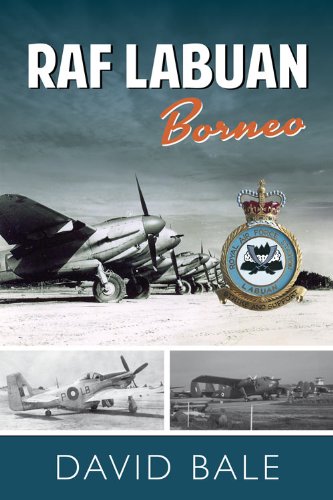 Labuan Island lies off the northwest coast of mainland Borneo, formerly British North Borneo, now Sabah. It was uninhabited when it first became a Crown colony in 1847, and since then has played a key strategic role in the area first as a staging post for trading ships and later as a posting for military detachments during World War Two. The first airstrip on the island was built by the Japanese using prisoner of war labour, and the many men who fell during those terrible times are commemorated here. Labuan became a rather popular posting for military personnel of all ranks, due to its smallness and easy access to the mainland. David Bale has gathered the touching, often hilarious stories of the men who were stationed on the island over the years during and following World War Two and he presents them in a history of the island that brings this tiny enclave and its historical importance vividly to life.

'There is much to enjoy in this book...It is clear that folk obliged to spend time at Lab either loved it or hated it. If you ever experienced its delights yourself, this book will jog lose a lot of memories and at less than £10, what's not to like?' --Royal Air Force Historical Society

'A great new book... offers a comprehensive account of an important outpost in military history, of interest to professional and amateur historians.' --Exmouth Journal

David Bale served in the RAF for nearly thirty years, and was stationed in Singapore, Germany, the Persian Gulf and Labuan. He has worked in local government in Oxford and Wales, and now lives in Exmouth, Devon.