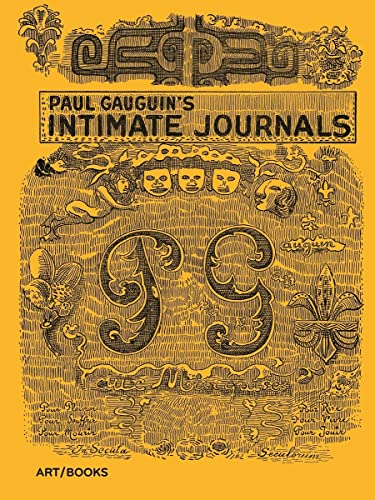 A beautiful facsimile of the earliest English translation of Gauguin’s frank and entertaining memoir, written just before he died, in which he reveals his most inner thoughts on art, life and love

Unappreciated in his own lifetime, Paul Gauguin is now recognized as one of the giants of French post-Impressionism and a pioneer of early modernism. A rebel in both art and life, he rejected his bourgeois upbringing and comfortable stockbroker’s job to devote his life to painting. Eventually, dismayed by the ‘hypocrisy of civilization’ and in search of a primitive idyll, he left his wife and children behind in Paris and took up residence in the South Seas, first in Tahiti and, later, in the Marquesas Islands. He would never return to Europe.

In the final months of his life, he wrote this witty and revealing autobiographical memoir with the request that it be published upon his death. It first appeared in the original French in 1918, and was translated into English three years later. As his son Émile wrote in the preface, ‘These journals are an illuminating self-portrait of a unique personality.... They bring sharply into focus for me his goodness, his humour, his insurgent spirit, his clarity of vision, his inordinate hatred of hypocrisy and sham.’ Wide-ranging and elliptical, these candid reflections reveal Gauguin’s inner thoughts about many subjects, including frank views on his fellow artists back in Paris, his turbulent relationship with Van Gogh, and the charms of Polynesian women, while providing glimpses into his often far-from-idyllic life in the islands. This beautiful facsimile reproduces the first American translation of the journals, a rare limited edition privately published in New York in 1921 for a select group of subscribers. With full-page sketches by the artist, these entertaining and enlightening musings give us a unique insight into Gauguin the man and the artist.