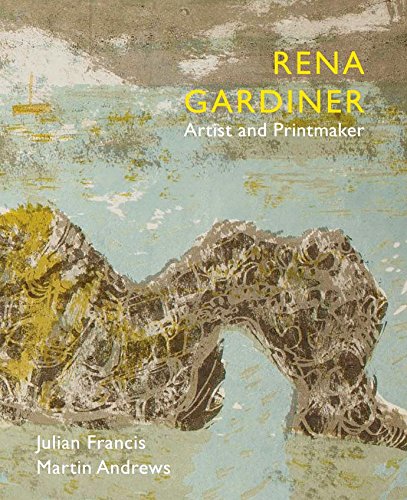 This first book on the artist and printmaker Rena Gardiner (1929 - 1999) is long overdue. Her guidebooks to historic places, buildings and the countryside have an idiosyncratic style that is unique in post-war British art. Her principal achievement was some 45 books, all of which she wrote, illustrated and printed herself, and of which no two copies are the same. But her legacy also includes paintings, pastels and linocut prints. Her collectors and admirers are many, and in recent years a new generation of artists and printmakers have discovered her work, helping to spread the word and foster the recognition she merits. Rena Gardiner dedicated her life to her art, doing so alone in a thatched cottage in the heart of Dorset. Combining the great tradition of British topographic artists with the rich era of autolithography of the 1940s and 1950s, she created her own very personal and individual visual style. An unsung heroine of printmaking, uninterested in publicity or fame, she created an artistic legacy that is instantly recognisable for its exuberant use of colour and texture.Rena Gardiner is fortunate in the two authors responsible for this celebration of her work, which includes nearly 200 illustrations - many of which have never been published before. Both Julian Francis and Martin Andrews have long been Rena's champions. As well as tracking down lost paintings and rare copies of her books, Julian Francis has contributed a meticulous list of her books, leaflets, cards and prints. In 1993 Martin Andrews spent a day with Rena Gardiner, talking to her and photographing her at work, and is thus admirably qualified to provide both the biographical background to Rena's career and an account of a printing technique that was uniquely her own.

JULIAN FRANCIS lives in Dorset and is a keen collector of Rena's books. His previous books include Tom Chadwick and the Grosvenor School of Modern Art (Fleece Press, 2013). He is currently working on a book about the World War Two art of Anthony Gross ra.----- MARTIN ANDREWS is a printing historian and a Lecturer in the Department of Typography & Graphic Communication, University of Reading. He has published numerous articles and books on Robert Gibbings (2003), Fox Talbot and Allen W. Seaby (both Two Rivers Press, 2014).

Book Description Little Toller, 2015. Soft cover. Condition: New. Rena Gardiner (illustrator). 2nd reprint with minor corrections. 160 pages, illustrated in colour. Beautiful produced paperback bound in signatures (sewn not perfect bound). Rena Gardiner 1929-1999 was dedicated to her work as an artist and printmaker. This book does her credit, and has been written by two of her champions. Julian Francis has contributed a meticulous list of her books, leaflets, cards and prints. She is best known for the three Dorset volumes Isle of Purbeck etc. and numerous guides for the National Trust and for cathedrals and churches using her unique style of lithography. In her later years she did some very fine linocuts especially of Cotehele in Cornwall Signed by Julian Francis. Signed by Author(s). Seller Inventory # 022969