Items related to Luggala Days: The story of a Guinness house

O'Byrne, Robert Luggala Days: The story of a Guinness house

Luggala Days: The story of a Guinness house 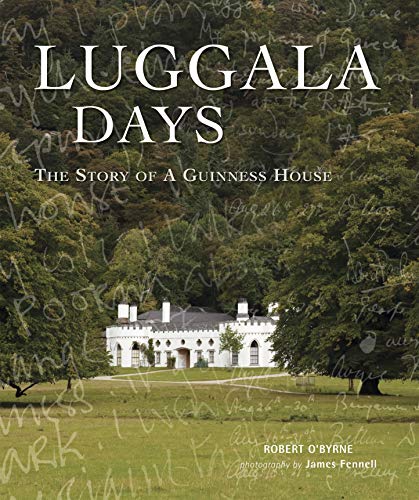 Explore the unique beauty of Ireland's most fascinating house Hidden inside a secluded Irish valley lies Luggala, an exquisite eighteenth-century house at the centre of a 5,000-acre estate. In 1937 Ernest Guinness presented Luggala to his youngest daughter, Oonagh - one of the three famous 'Golden Guinness Girls' - following her marriage to the fourth Baron Oranmore and Browne. Oonagh described Luggala as 'the most decorative honey pot in Ireland' and made it the centre of a dazzling social world that included peers, painters and poets, journalists and junkies, scholars and socialites. In the late 1960s she passed the estate to her son, the Hon Garech Browne, founder of Claddagh Records, who has not only maintained but surpassed his mother's gifts both for hospitality and for bringing together a wide range of creative talents. Luggala Days celebrates both the unique beauty of this place and the many celebrated names irresistibly drawn there, from writers like Brendan Behan, Robert Lowell, Seamus Heaney and Ted Hughes, to actors and directors such as John Hurt, Daniel Day-Lewis and John Boorman, and above all musicians, including The Chieftains, Mick Jagger and Marianne Faithfull, Bono and Michael Jackson. All of them have succumbed to the enchantment of days passed at Luggala.

Robert O'Byrne is one of Ireland's best-known writers on architecture, fine art and design. A former journalist with the Irish Times, he has written extensively on the country's historic houses and their decoration. Among his previous books are Romantic Irish Homes and Romantic English Homes (also published by CICO Books) and Living in Dublin.

1. Luggala Days: The story of a Guinness house