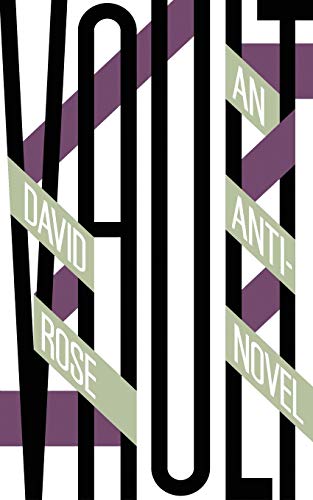 A pre-war amateur cycling career is cut short by call-up. Trained as a sniper, the man, whose name we never know for sure, embarks for war-torn Europe. Undecided how to resume his life at the war's close, and disturbed by what he has left behind on the Continent, he is compelled to return, dispensing first medical aid, then something quite different. A further attempt to take up his cycling career is thwarted when he is inveigled into playing his minor part in a new - Cold - war. Finally settling for a retreat into peaceful obscurity, he discovers even this is not to be. His story, he learns, has been turned into a novel. without his knowledge or approval. As he now reads, comments on and corrects the novel, he begins to struggle to distance himself from the false heroics, and above all, to reclaim his own death.

In recent years every magazine worth its salt has featured a David Rose short story. Although bewilderingly various and multiphonic they were always unmistakably him... Now comes Vault, a strange, spare tale of army snipers, nuclear espionage and competition cycling. The Tour de France features but this is closer to Flann O’Brien or Alfred Jarry than Lance Armstrong, with its shifting narrators continually mutinying against their creator – Rose, God or themselves. Although it has the drive of a Len Deighton thriller it also contrives to be simultaneously playful and tragic, giddily comic and heartbreakingly sad, making one suspect that there are no limits to what this writer may do.

Author: Bill Broady, author of The Swimmer (Flamingo, 2000) About the Author:

David Rose was born in 1949 and spent his working life in the Post Office. His debut story was published in the Literary Review (1989), since when he has been widely published in magazines in the UK and Canada. He was joint owner and fiction editor of Main Street Journal. He is the author of two novels, Vault (2011) and Meridian (2015) and one collection, Posthumous Stories (2013). Recent stories have appeared in Gorse.

Book Description Salt Publishing. Paperback / softback. Condition: New. New copy - Usually dispatched within 3 working days. A man has had his life story turned into a novel, without his knowledge or approval. As he now reads, comments on and corrects the novel, he begins to struggle to distance himself from the false heroics, and above all, to reclaim his own death. Seller Inventory # B9781907773112