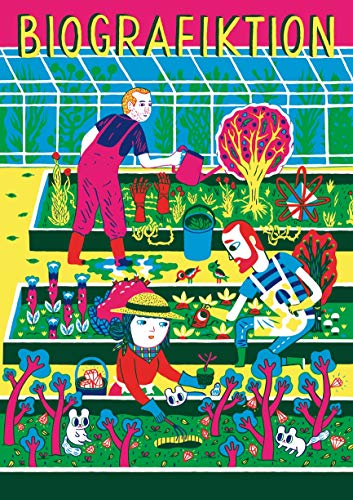 Edition Biografiktion formed at Berlin's University of the Arts as students. Ana Albero (born in Alicante, Spain) works globally as a freelance illustrator and won a merit from 3x3 Magazine in 2010. Till Hafenbrak is an illustrator who works with strong and contrasting colours. Paul Paetzel lives and works as a freelance Illustrator in Berlin; his works have been published in international anthologies such as kus!, Plus Plus, Nobrow, Blutt, Crachoir, Gang Bang Bong and Orang. They have been self-publishing as a collective since 2008 and in November 2011 brought their work to the UK via their Pizzafiktion exhibition in London.