Items related to Official History of the WAAA, The

Mel Watman Official History of the WAAA, The

Official History of the WAAA, The 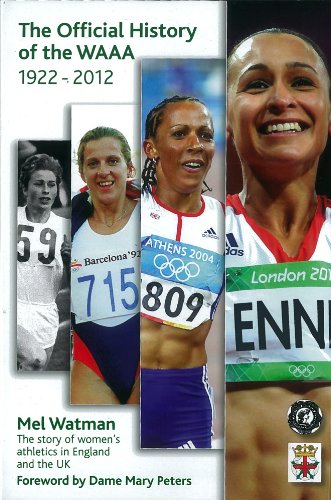 IN THIS official history of the Women's Amateur Athletic Association commissioned by the AAA, Mel Watman - who attended his first WAAA Championships at the White City in 1951 - recalls the major personalities and events during 90 years of women's athletics. It's all here from the pioneering days of the early 1920s right through to the London Olympics of 2012 and Jessica Ennis's heptathlon triumph. Highlights of every WAAA Championships meeting from 1923 are included in this book, which contains more than 100 photos, mostly taken by Mark Shearman. There is also a wealth of fascinating trivia. One of the founders of the WAAA in 1922, who was also a high jump and javelin champion, later became as Lady Mary Heath one of the world's most famous aviators. During the 1930s Nellie Halstead won WAAA titles at distances from 100 yards to 3 miles cross country. Anne Pashley, an Olympic 4x100m relay silver medallist in 1956, would become a noted operatic soprano. No fewer than seven women athletes have received the accolade of being voted the BBC's Sports Personality of the Year: Dorothy Hyman, Mary Rand, Mary Peters, Fatima Whitbread, Liz McColgan, Paula Radcliffe and Kelly Holmes.All of them, together with such other Olympic champions as Ann Packer, Tessa Sanderson, Sally Gunnell, Denise Lewis, Christine Ohuruogu and Jessica Ennis feature prominently in the book. Exhaustive lists of champions in all age groups round off a volume which is in effect the first comprehensive history of British women's athletics and represents, as with the Official History of the AAA (1880-2010), that Association's legacy for the inspiration of future generations of athletes.

1. Official History of the WAAA, The

Book Description Paperback. Condition: Very Good. The book has been read, but is in excellent condition. Pages are intact and not marred by notes or highlighting. The spine remains undamaged. Seller Inventory # GOR006501179