Items related to Testament of a Witch: 2 (John MacKenzie)

Testament of a Witch: 2 (John MacKenzie) 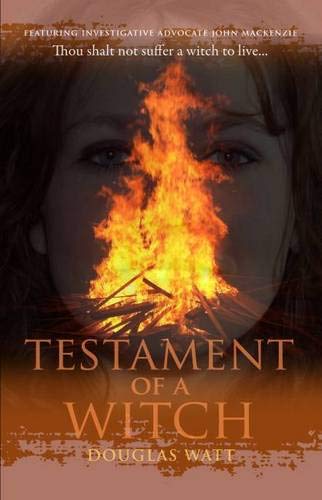 Set in the 17th century against the backdrop of political and religious conflict, the second of Watt's John MacKenzie series is as historically rich and gripping as the last. MacKenzie investigates the murder of a woman accused of witchcraft and he must act quickly when the same accusations are made against the woman's daughter. Superstition clashes with reason as Scotland moves towards the Enlightenment. The 1600s are expertly recreated with a strong sense of history and place.

'Move over Rebus. There's a new, or should that be old, detective in town.' --Matthew Perren

Douglas Watt is an historian, poet and novelist. He is the author of The Price of Scotland: Darien, Union and the Wealth of Nations, a well-received history of the Darien Disaster and Parliamentary Union between Scotland and England, which won the Hume Brown Senior Prize in Scottish History in 2008. He is also the author of Death of a Chief, the first novel in the series of pre-Enlightenment crime novels, featuring John MacKenzie, Investigative Advocate. Douglas Watt has also contributed opinion pieces to the Scotsman on financial, historical and political subjects. He lives in Linlithgow with his wife Julie and their three children.