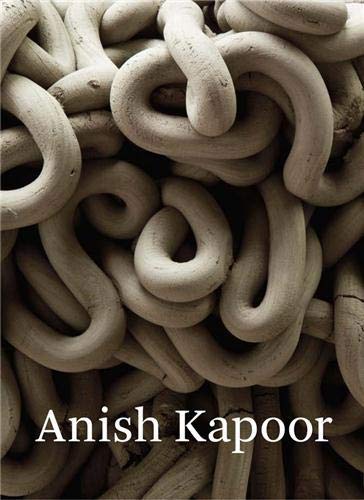 Anish Kapoor RA is one of the foremost artists of his generation.Hismajestic, beguiling sculptures, awesome in their size and simple beauty, at once demand a physical response and suggest ametaphysical realm.Working with contrasts between formand void, and light and darkness, and employing intense colours and refined surfaces, Kapoor evokes the spiritual ormystical, and creates optical effects that challenge perceptual certainties. This richly illustrated book traces Kapoor’s artistic development during a career spanningmore than 30 years. Eminent scholars explore the philosophical issues pertinent to his work and examine its place in the history ofmodern sculpture, in relation to theMinimalist tradition that it extends and in the context of contemporary practice.

Homi K. Bhabha is the Anne F. Rothenberg Professor of the Humanities and Director of the Humanities Center at Harvard University, Cambridge, Massachusetts, and an expert in post-colonial studies. Nicholas Bourriaud is a curator and art critic. Formerly Director of the Palais de Tokyo, Paris, in 2009 he will curate the fourth Tate Triennial at Tate Britain, London. Jean de Loisy is a curator at the Centre Georges Pompidou, Paris. Sir Norman Rosenthal is a freelance curator. He was Exhibitions Secretary at the Royal Academy of Arts, London, for over 30 years.

Book Description Condition: Good. Ships from the UK. Former Library book. Shows some signs of wear, and may have some markings on the inside. Seller Inventory # 15597474-20

Book Description Royal Academy Books, 2009. Condition: Good. A+ Customer service! Satisfaction Guaranteed! Book is in Used-Good condition. Pages and cover are clean and intact. Used items may not include supplementary materials such as CDs or access codes. May show signs of minor shelf wear and contain limited notes and highlighting. Seller Inventory # 1905711506-2-4

Book Description Royal Academy Books 2009-11-01, 2009. Hardcover. Condition: Very Good. Item is in very good condition. If supplemental codes/CDs for textbooks are required please contact us prior to purchasing as they may be missing. Seller Inventory # DS-1905711506-2