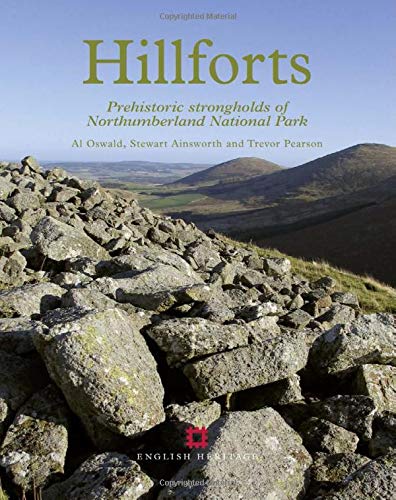 A detailed archaeological landscape survey that, like all the best pieces of detective work, investigates hillforts with the combined precision of the microscope and the ability to stand back and view the bigger picture. The authors have collectively spent many decades exploring these historic sites on foot and this book presents the results of their detailed archaeological landscape surveys.

Al Oswald is a researcher within the Department of Achaeology, University of York.

Stewart Ainsworth is a British archaeological investigator who was regularly seen on Time Team, the Channel 4 archaeological television series. He trained as a surveyor before entering the archaeology section of the Ordnance Survey. He has worked on a number of archaeological sites in Britain and abroad. He joined the Royal Commission on the Historical Monuments of England in 1985, and is now head of its Landscape Investigation Team based in York, England. Trevor Pearson is an author and researcher.
Synopsis:

The volume of mostly color photographs, maps, and artistic reconstructions is one result of a five-year program to research, conserve, and interpret the archaeological landscape of the park in the Cheviot Hills. The point is to explain to visitors how to see and interpret the surviving evidence for the hillforts that dotted the area before the Roma

Book Description English Heritage, 2006. Condition: Fair. This is an ex-library book and may have the usual library/used-book markings inside.This book has soft covers. In fair condition, suitable as a study copy. Please note the Image in this listing is a stock photo and may not match the covers of the actual item,650grams, ISBN:9781905624096. Seller Inventory # 7825134