Items related to Savage Messiah: A Biography of the Sculptor Henri Gaudier-Br...

Savage Messiah: A Biography of the Sculptor Henri Gaudier-Brzeska 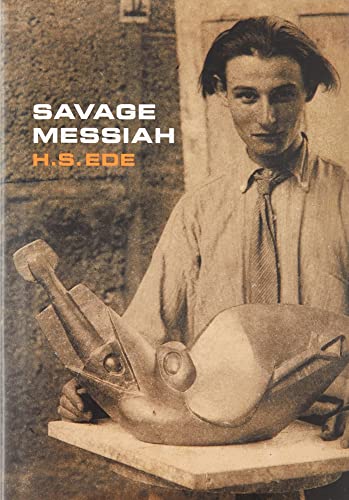 Based mainly on Gaudier's correspondence with Sophie Brzeska and on her writings and journals, the book tells the story of the couple from their meeting in Paris in 1910 to the sculptor's death in the trenches in 1915, aged only 23. In compiling the book Ede used the materials available to him quite selectively, omitting for example extensive passages from the letters (often because too offensive or salacious) and later reducing the number of illustrations.This edition presents for the first time an apparatus offering new readings of the book and framing it historically. It includes footnotes providing names and dates where these are now known and clarifying obscure references and passages; two essays exploring the genesis of the book, its critical reception and Ede's selective use of sources; three appendices with the passages omitted from the letters, a full list of sources and other unpublished material.

1. Savage Messiah: A Biography of the Sculptor Henri Gaudier-Brzeska (Hardback)

4. Savage Messiah: A Biography of the Sculptor Henri Gaudier-Brzeska