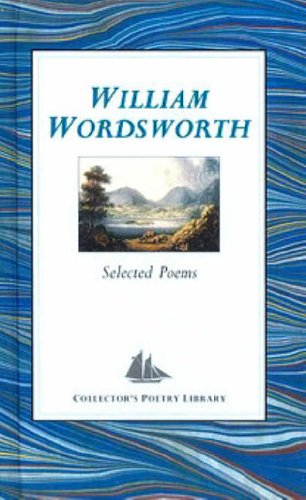 A selection of William Wordsworth poems, as chosen by Seamus Heaney, as part of Faber's Poet to Poet series.

William Wordsworth was born in the Lake District in April 1770, and died there eighty years later on 23 April 1850. In his youth Wordsworth experienced the French Revolution first hand and spent his twenties wandering throughout Europe. In 1794 Wordsworth met Samuel Taylor Coleridge with whom he wrote Lyrical Ballads in 1798 and to whom he addressed his epic work, The Prelude. Wordsworth gradually established himself as the great poet of the Romantic period and in 1843 he became Poet Laureate.

Book Description Macmillan Collector's Library, 2004. Hardcover. Condition: Very Good. All orders are dispatched the following working day from our UK warehouse. Established in 2004, we have over 500,000 books in stock. No quibble refund if not completely satisfied. Seller Inventory # mon0005308371

Book Description Hardback. Condition: Good. The book has been read but remains in clean condition. All pages are intact and the cover is intact. Some minor wear to the spine. Seller Inventory # GOR002348747