Items related to Diary of a Hyperdreamer: Volume 2

Diary of a Hyperdreamer: Volume 2 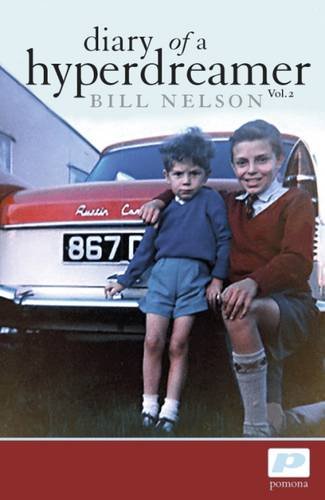 Bill Nelson is one of the most respected creative forces in the UK. He came to prominence in the 1970s with his art-rock guitar band Be Bop Deluxe and later Red Noise. He still releases a prolific amount of new music on various labels throughout the world.

Diary of a Hyperdreamer, Volume 2 is his day-by-day diary in which he reflects on life, art, and the nation. His unique perspective is fed by a lifetime's work creating and producing music, photography, painting and video - pop, rock, film scores, television and ad themes, pop videos, as well as soundscape and performance/video art.

Written from his home in a hamlet in north Yorkshire where he lives with his Japanese wife, Emi, it includes reflections on his various and diverse creative projects, mixed with philosophical and political musings. It also includes homespun details of an ordinary domestic life where he looks back at his time as a pop star, the best places to get a haircut in York and, of course, mortality.

1. Diary of a Hyperdreamer: Volume 2