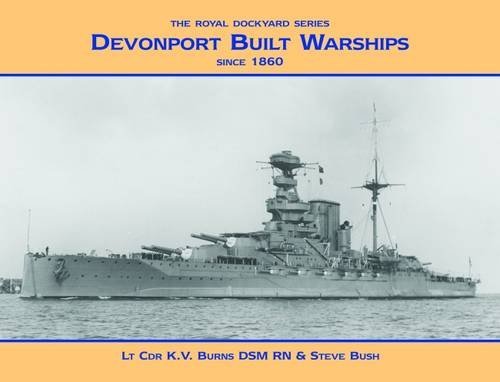 The first title in a major new series from NavyBooks chronicling all warships built in the Royal Dockyard since 1860. In August 1689 the Admiralty raised the possibility of building a dry dock somewhere within the Devonport harbour limits. From its inception, ships were being refitted in the new Dockyard and within twelve months, the first two Devonport Warships built had been launched. Many, many more followed - including some illustrious and historic names HMS ROYAL OAK, HMS WARSPITE and HMS EXETER. The last warship to be launched at Devonport was the frigate HMS SCYLLA, launched in 1968 and completed in 1969. The last large vessel to come off the slip was the Research Vessel Crystal, launched in 1971. Lt Cdr Ken Burns published the first edition of this book in 1981 - this revised, updated and reformatted edition includes new images, more details and extended captions for every warship built in the dockyard since 1860. A reference book for the enthusiast and generalist to enjoy. 200 pages with over 90 full-page B&W images.