Items related to Beneath the Waves

Evans, A.S. Beneath the Waves 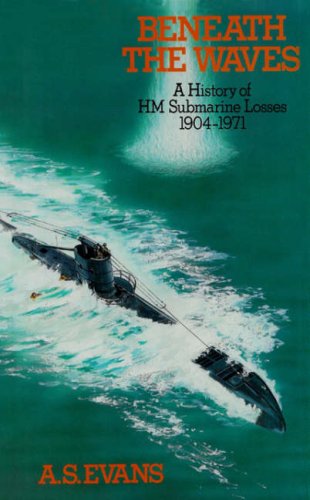 Since the inception of the Royal Navy Submarine Service it has lost 173 submarines. In many cases they have sunk with their entire crews. Peacetime accidents interspersed with high losses in both World Wars highlight the dangers inherent in submarine operations. The first such disaster occurred in 1904 when HMS A1 was sunk in collision with the liner Berwick Castle. The last submarine to sink was HMS Artemis, which foundered alongside at Gosport in 1971. The stories that lie between these two events portray both tragedy and extreme bravery in equal measure. The reader will marvel at the escape of Leading Stoker John Capes from the sunken Perseus, the tragedy of the twice-sunken Thetis the courage of the survivors of Olympus who swam seven miles to safety. As a unique survey of HM Submarine's losses this book is a fitting testament to the proud history of the 'Silent Service'.