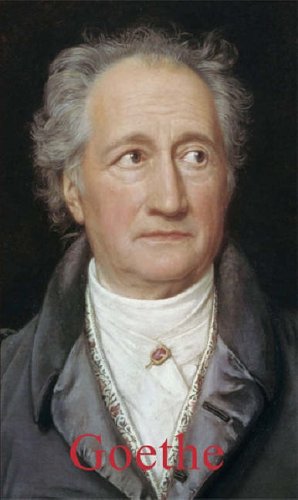 Johann Wolfgang von Goethe was an exceptionally prolific and versatile writer. From his 'Storm and Stress' Gotz von Berlichingen to Faust, which evolved over a sixty-year period and in which he created the prototype of the Romantic hero.

Johann Wolfgang von Goethe (1749-1832) was not only an exceptionally prolific and versatile writer. As a minister of state in the small duchy of Sachsen-Weimar he had to deal with issues arising from the French Revolution, the continental rule of Napoleon, and even the dawn of the industrial age. As a scientist he excelled in several fields, including botany and the theory of colours, pondering aspects of evolution well before Darwin. Based on his studies in literary theory he developed a concept of 'world literature' that fosters communication among writers of different nations. Among his early admirers in England and America were Lord Byron and Thomas Carlyle.

Peter Boerner began his career as curator of the Goethe Museum in Dusseldorf. He edited a 45-volume set of Goethe's works and taught in the United States for thirty years, most recently at Indiana University.