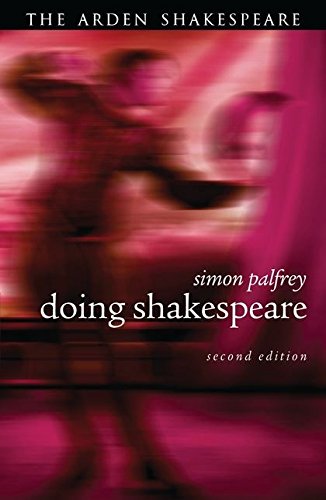 Doing Shakespeare offers a fresh insight into the difficulties and excesses of Shakespeare's drama and language. Written primarily for students making the transition from school to university, it aims both to demystify and illuminate the study of Shakespeare, tackling many of the challenges students face as they move towards a more complex critical engagement with Shakespeare's work. Equally, it shows how recovering the layered energies within and between Shakespeare's words, and the role of such dense language in constructing character, is indispensable if we are to rediscover the plays' ethical, political and emotional punch."...brilliant, intelligent, engaging..."Bernard Richards, The English Review, September 2006"Simon Palfrey's Doing Shakespeare is far more than a primer. Readers and watchers of Shakespeare, however experienced, will find a host of new insights here. Indeed, I cannot think of another critic since Empson who has teased out so much so lucidly and (usually) so persuasively from the intricacies of Shakespearean language. Sometimes wayward, frequently vertiginous, always provocative of serious thought" Jonathan Bate, International Books of the Year 2004, The Times Literary Supplement, October 2004.

'an exceptional book for the older student (and teacher) to have beside them as a reference and resource for new students.'
--www.inkpellet.co.uk