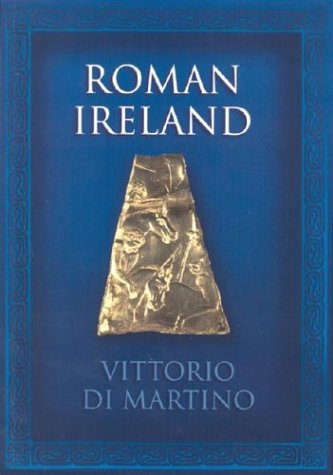 Provides a fresh consideration of Roman influence in Ireland, highlighting the common Indo-European roots of Roman and Irish culture. This book outlines the early influence of Latin on the Irish language, the Roman contribution to the shaping of Irish art and the crucial function of trade in opening new contacts between the Irish and Roman worlds.

"A nondescript patch of land 15 miles north of Dublin has shattered one of Ireland's strongest myths. It indicates that the country was invaded by the Romans after all. Sunday Times, January 1996

Vittorio Di Romano works at the International Labour Organisation in Geneva. A native of Rome he lived and worked in Ireland for ten years before moving to Switzerland. While ancient Rome has been the main focus of his classical studies, his time in Ireland and Switzerland provided an opportunity to study the Celtic world and its contacts with the Mediterranean world.

Book Description Collins Press 2003-01-01, 2003. Paperback. Condition: Very Good. Item is in very good condition. If supplemental codes/CDs for textbooks are required please contact us prior to purchasing as they may be missing. Seller Inventory # DS-1903464196-2

Book Description Collins Pr, 2003. Condition: Good. A+ Customer service! Satisfaction Guaranteed! Book is in Used-Good condition. Pages and cover are clean and intact. Used items may not include supplementary materials such as CDs or access codes. May show signs of minor shelf wear and contain limited notes and highlighting. Seller Inventory # 1903464196-2-4