Items related to Keeping the British End Up: Four Decades of Saucy Cinema

Keeping the British End Up: Four Decades of Saucy Cinema 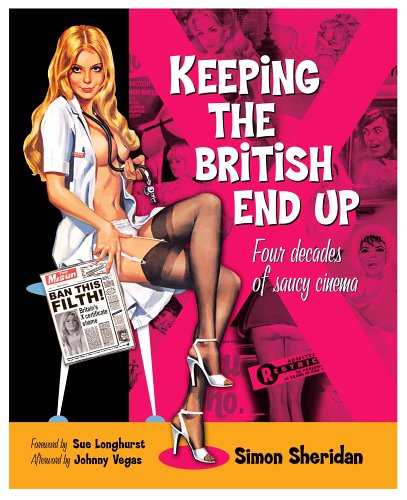 The British tradition of saucy humor—“boobs, bums, and boorish innuendo”—is perhaps best exemplified by the long-running Carry On movies. But there is also a nearly forgotten genre of even saucier X–rated movies. Now, Simon Sheridan traces the history of the British sex film, from its beginnings in such coy nudist-camp flicks as Naked as Nature Intended, through to its boom years with the Confessions series, to its demise following censorship crackdowns and the introduction of home videos in the 80s. Coaxing the facts from previously reluctant interviewees, Simon Sheridan has compiled the first definitive filmography of this long-overlooked genre.

'Sheridan sketched with admirable clarity the way this mini industry rose and fell...the blokey, mocking tone of the reviews suits an industry regarded as "just a bit of fun"' --Evening Standard

'Keeping The British End Up is a meticulously researched, endlessly informative and entertaining read that is essential for aficionados and a spectacular entry point for the curious.' --Hope Lies

'Enthusiastic, knowledgeable, readable and most importantly of all, filthy this is a book where the text matches the pictures for interest value.' --The Film Pilgrim

'Highly recommended to those who appreciate a bit of humour in their films.' --Slacker Cinema

Simon Sheridan has written several critically acclaimed books including The A-Z of Classic Children's Television, and Come Play with Me - The Life and Films of Mary Millington.