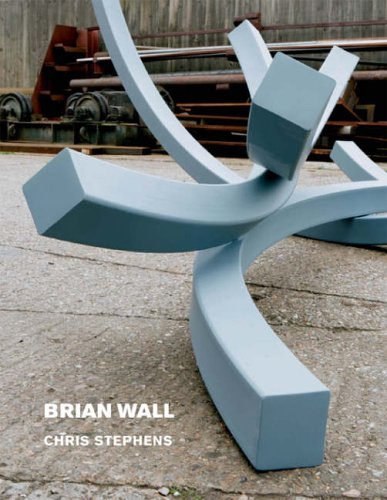 It is hard to understand why relatively little has been written about Brian Wall's contributions to modern sculpture, particularly since he has had such a dramatic impact upon the field, his colleagues, and global audiences. Happily, we now have a brilliant analysis for both professional and introductory readers, which captures splendidly the ambitious spirit and the lyrical creativity of Brian Wall. This is the first major study of his work, and it is long overdue. Stevens' volume is an elegant synthesis of theory and process, combined with a careful explanation of Wall's viewpoint and consistent use of materials. With glorious links that range from painting to poetry, the craft and the values of Brian Wall are presented with a purity and simplicity that mirrors the creative refinement of the sculptural works themselves. With remarkable impact, Wall has repeatedly tested the boundaries of contemporary visual art, with a daring and playful experimentation that juxtaposes architectural patterns with the courageous transformation of aesthetic space.

This is the first substantial publication on Brian Wall, who began
his career as an artist during the heyday of the St Ives scene in 1950s
England and later relocated to California to make a significant
contribution to post-war sculpture. The book's forward unexpectedly
presents his relocation to the masculine world of American sculpture with
an image of the artist participating in the slightly more genteel activity
of golf. But one is immediately aware of the sculptural implications: metal
sweeping through space and time, sculpture's relation to the body and the
concern with discarding the plinth. The rest of the book takes its cue from
a more orthodox model, beginning with his early life and influences
(Mondrian, Hepworth and the St Ives network) and his experiments in welding
steel (preceding Caro by four years) before going on to analyse the main
developments of his practice in California, from 1971 till the present day.
With Modernism's spiritual home in New York, San Francisco, in contrast,
was home to `Funk Art' - brightly coloured and looser in form. Wall, who
once identified himself with the austere Greenbergian tradition,
subsequently began making work that reflected a more daring and playful
approach. The publication also addresses the significance of drawing to
Wall's practice, as well as locating his approach to art making within the
teachings of Zen. It is suitable then, that a volume outlining his career
leads us gradually through such an abundance of material, addressing many
influences and discussing Modernism without irony or naïve sycophancy, but
with respectful clarity, as elegant as a golf swing, and with as much
impact. -- Contemporary 2006