Items related to Owners of the Means of Instruction? Children's... 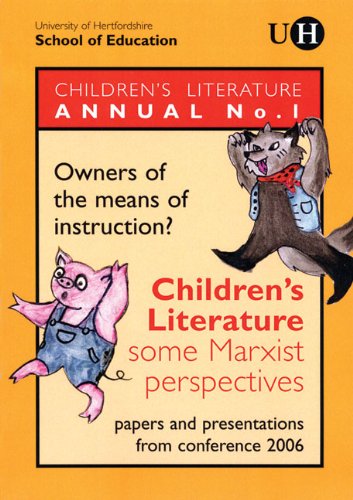 Children's literature is often viewed as a comfortable field, but there are many grittier perspectives to be explored and interest in these is growing. "Children's Literature - some Marxist Perspectives" is the first of a planned series of volumes which will explore different approaches to children's books and periodicals. This first volume is introduced by Michael Rosen, author, poet, broadcaster and researcher. Marx and Marxism, supposedly dead and buried, seem to find ways of staying alive. Recently Marx was voted as number one philosopher by listeners to Radio 4's "In Our Times" programme, and there is a constant stream of books, articles, conferences and productions influenced by Marxist ideas. This collections of articles explores how some of these ideas might offer useful ways at looking at children's literature. Contributions include views of children's books and periodicals written in Britain during the Great War and a thought-provoking paper on Walter Benjamin, as well as a view of children's periodicals in 1930s and 40s Turkey.

Jenny Plastow is a lecturer at the University of Hertfordshire, a writer of stage and radio plays, and the author of Ford Maddox Ford and Englishness.