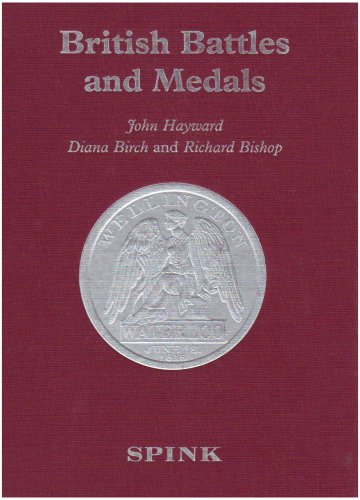 The 7th edition of British Battles and Medals, long established as the standard work of reference on British campaign medals has now been published. This fully revised edition, with a wealth of new material, collectors the world over who are familiar with the previous editions of Major Gordon's much loved work will be pleased to note that the basic, chronological, format of the original 1947 edition, has been retained. Though greatly enlarged and revised over the last nearly 60 years, this sensible format has stood the test of time and has been the model for all subsequent general books on medals. The 7th edition will not only bring the campaign medal section up to date, but will also add more numismatic information, especially for the earliest awards. Lists and numbers of Ships, Regiments and Units present will be revised where necessary, including the addition of many so-called 'odd men'. There will be more information, as well as new illustrations, on the various styles of naming, both official and contemporary unofficial styles, and clasps. In addition, completely new sections on Orders, Decorations and Gallantry Awards have been written, and these sections also are fully illustrated.The numerous appendices will, for the first time, gather together in the most accessible form a wealth of reference material, including lists and rolls covering some of the most celebrated actions of British Naval and Military history. Among these will be found complete lists of recipients of Navy and Army Gold Medals and Army Gold Crosses, recipients of the various British and foreign awards for the Crimea War, and nominal rolls such actions as the Charge of the Light Brigade, the Defence of Lucknow, the famous actions at Rorke's Drift and Maiwand, the last charge of a British cavalry Regiment at Omdurman, the Defence of Legations at Pekin in 1900, and those involved in the Yangtze incident of 1949. In his preface to the first edition, Major Gordon thanked the many museum curators, editors of magazines, and librarians, as well as the staff at Spink, and 'several friends' who helped him in his work. No doubt Major Gordon would be astonished at the size of the medal collecting community today.