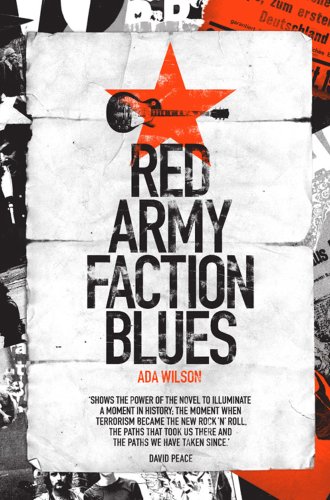 A coalition government. A widely mistrusted ruling elite. Riots in the streets and heavy-handed police tactics. Welcome to West Berlin, 1967. Undercover agent Peter Urbach is tasked with infiltrating a group of radical students whose anti-consumerist message is not without propaganda value on both sides of the Wall. Soon, high-minded political activism will move to the terrorism of Baader, Meinhoff and the Red Army Faction. 1989, the Wall is coming down and Urbach is breaking cover to track down Peter Green, the genius behind British blues rock band Fleetwood Mac. There's unfinished business to resolve after their chance encounter twenty years earlier at a party in Germany. What exactly did Peter Green walk into that day? They say he has never been the same since.

'Shows the power of the novel to illuminate a moment in history; the moment when terrorism became the new rock 'n' roll, the paths that took us there and the paths we have taken since.' - --David Peace

This is a magnificent, messy book. Or rather it is a magnificent book about the messy degeneration of high ideals and good music. Skilfully and almost breathlessly, the author reveals the confused interior life of Peter Urbach, the undercover agent, as well as that of ex-Fleetwood Mac founder Peter Green. --Paul Simon, Morning Star

This beautifully-written novel writes about rock music in the same way that David Peace wrote about football in The Damned United, as a mirror of contemporary history, as a glass through which to view the world. This multilayered realism, achieved through placing actual people and places under fiction s microscope, certainly underlines the novel s contemporary echoes of unrest, surveillance and a sense that things are getting a little out-of-hand politically and culturally and nobody quite knows what s going on. Ring any bells? --Ian McMillan, Yorkshire Post

Ada Wilson is a journalist based in Yorkshire. His previous novel Very Acme was published by Route. He edited the acclaimed short story collection Tubthumping.