Items related to Modelling Further Aspects of the Coal Industry 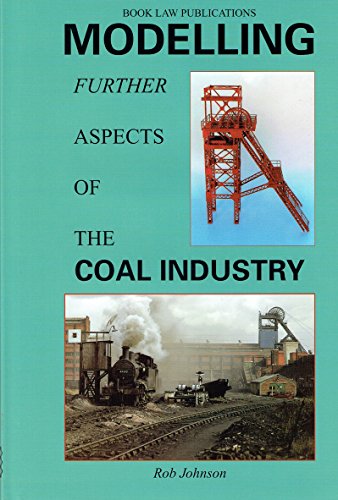 Following on from the 2003 hardback edition of Rob Johnson's 'Modelling Aspects of the Coal Industry', ISBN 1899624430, published by Book Law Publications; this volume makes more material on the coal industry available to the modeller, much of which has come from sources and people other than the author. Most significantly, the material has allowed the author to include actual photos and details of the models themselves, something which was absent in the first volume. The illustrations of the models show headframes, associated buildings, locomotives, wagons and much more. The book also includes adverts from suppliers and manufacturers that offer coal-related items. Some collieries with detailed pictorial focus are: Astley Green (West of Manchester) and Snibston (Leicestershire). Pictures of the models themselves include photos of the Wrightscale colliery headframe kit, available in 2mm and 4mm scales (at the time of this publication); Michael Edge's Coed Cae Colliery, and Herculaneum Dock. Chapters: Introduction; The Colllieries; Delivering the Goods; Industrial Locomotives; Locomotive Facilities; Wagons, Wagons, Wagons and other vehicles; The Models; Manufacturers, Suppliers and Services

Book Description Paperback. Condition: Very Good. The book has been read, but is in excellent condition. Pages are intact and not marred by notes or highlighting. The spine remains undamaged. Seller Inventory # GOR006587912