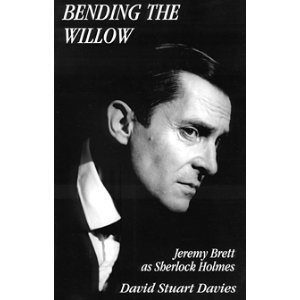 Jeremy Brett's portrayal of Sir Arthur Conan Doyle's famous detective is widely recognised as the best yet seen. Before his untimely death in 1995, Brett had made the part his own, all the time battling against the manic depression which had plagued him for many years. Bending the Willow' examines how this brilliant actor channelled the demons of his debilitating illness into his iridescent portrayal of Sherlock Holmes. In this fascinating and perceptive study, David Stuart Davies draws on the many conversations he had with Jeremy Brett and key people involved with the Granada Television series and the stage play The Secret of Sherlock Holmes'. The result is the first detailed assessment of all of Jeremy Brett's performances as Sherlock Holmes. Fully illustrated with more than fifty photographs, some never before published, Bending the Willow' is an important addition to the libraries of Sherlock Holmes followers, and Jeremy Brett fans alike.