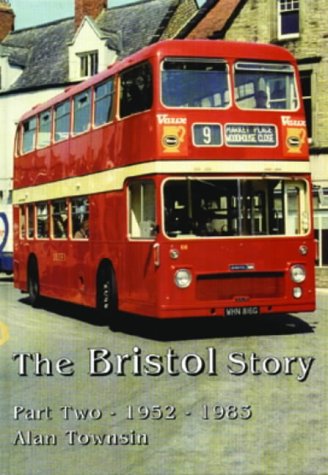 This continues the history of the manufacture of Bristol bus, coach and goods vehicle chassis, initially as part of Bristol Tramways & Carriage Co. Ltd and then from 1955, when this activity became a separate though still state-owned concern as Bristol Commercial Vehicles Ltd. It takes the story from the final days of the rugged K and L models through the wider variety of types built in the 1950s and 1960s, most notably the highly successful Lodekka double-decker; the LS and MW underfloor engined single-deckers; the lightweight SC and SU, and the HG and HA goods models. Further innovative success came with the rear-engined RE single-decker. In 1965 a new era began as a Leyland shareholding opened the door to wider sales. There were more new models - the VR rear-engined double-decker and the lightweight LH were to be the main products by the mid-1970s. By then what had become British Leyland was dominating policy, even though at that stage the National Bus company was in theory an equal partner, and Bristol's freedom of action shrank. The swan song was the Olympian rear-engined double-decker introduced in 1980 which, though sold as a Leyland, had a good deal of Bristol influence in its design as well as being built there until Leyland decided to close the works in 1983.

Book Description Hardback. Condition: Very Good. The book has been read, but is in excellent condition. Pages are intact and not marred by notes or highlighting. The spine remains undamaged. Seller Inventory # GOR006078717