Items related to The History of Meat Trading

The History of Meat Trading 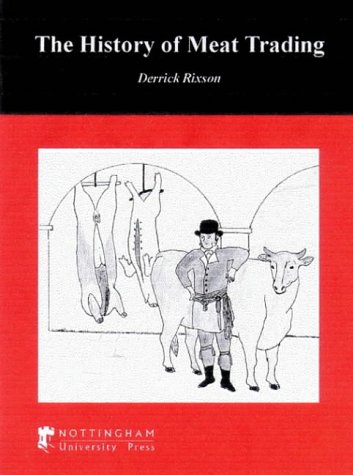 Throughout history, the development of the meat trade has been dependent upon and interrelated with the social, commercial and economic development of the community at large. This fascinating book, of interest to those involved in the meat and associated industries and to social historians, traces the history of man in respect of the utilisation and consumption of meat. It considers the progress towards the domestication of meat animals after the last ice age and the importance of domestic animals for their meat and other products in the development of the early civilisations, and looks at the part played by the meat trade in relation to the growth of urbanisation and the marketing structures that emerged.

Derrick Rixson, following a career as a family butcher, joined the staff of Smithfield College, London, where he taught for 25 years. Latterly he was involved in zooarchaeologyprocessing bones from archaeological sites. Sadly, Derrick passed away in 2002."

1. The History of Meat Trading