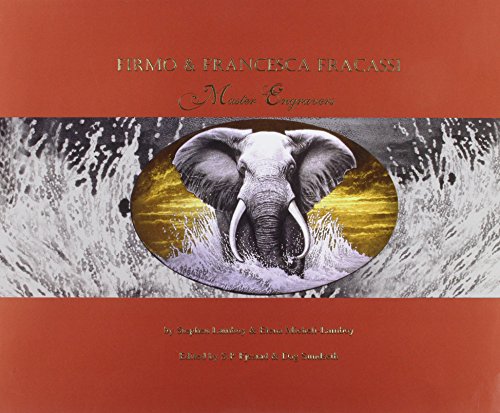 Over the last four decades Italy's Firmo Fracassi has changed the course of fine-gun engraving worldwide with his perfection of the technique known as bulino. Bulino also describes the tool – a hand-held graver – used to cut tiny dots and lines into the surface of metal to influence the way light interacts with it, thereby creating highlights and shadows.An artist since childhood, Fracassi pioneered bulino to produce scenes of almost supernatural realism – capturing on metal textures, movement, and mood in ways never before seen. Millions of tiny dots and thousands of hours go into a Fracassi engraving – and the results always leave the viewer asking: How does he do that? Profoundly influential, Fracassi is often copied but has never been truly duplicated – until now: daughter Francesca has inherited his genius and has studied at his side. Today their work is virtually indistinguishable. One day she may even be his better. For now, though, the world is fortunate to have them both.

Elena Micheli-Lamboy is well-known throught the Gradone Val Trompia valley as the master translators for many of Italy's finest firearms companies. Stephen Lamboy is a freelance author, consultant and former owner of Ithaca Classic Doubles.

Book Description Hardcover. Condition: New. Dust Jacket Condition: New. 1st Edition. 236 pages. Hardcover with a dust jacket. Large format. Hundreds of beautiful, detailed full sized color photographs of the work of one of Italy's finest Master Firearms Engravers. Firmo Fracassi, is without doubt, one of the world's finest engravers and his attention to details defies the imagination. Fracassi's engraving creativity can appear very classical at first, but closer inspection reveals a human sensitivity, which can be seen in everything including his anatomically correct birds and animals, grotesques, and even surrealistic background elements. His mastery of the bulino technique, in addition to the extreme amount of detail make his engravings appear three-dimensional and defy the imagination, especially when enlarged to the sizes in this book. A true Master Engraver, Fracassi never repeats or copies an existing engraving, including his own. His daughter Francesca also has her own section. An outstanding and beautiful book. Language: eng Language: eng Language: eng Language: eng. Seller Inventory # 5178