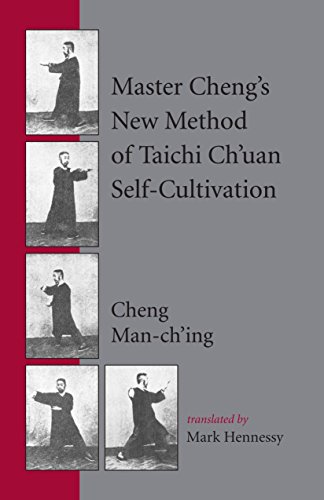 Mark Hennessy spent eleven years in China studying philosophy, classical language, and taichi ch'uan. He has lectured at the National College of Political Science in Taiwan and Tonsei University in Seoul. His previous translations of Cheng's writings are: Cheng Man-ch'ing: Master of Five Excellences and Cheng Man ch'ing: Essays on Man and Culture.

A guide to Tai Chi Chuan, written in response to the popularity of Cheng's simplified 37-posture form as presented in "13 Chapters on Tai Chi Chuan". The text offers analysis of each movement, in language plain enough for an unexperienced beginner to use the book to learn and master the postures.

Book Description North Atlantic Books,U.S., United States, 1999. Paperback. Condition: New. Language: English. Brand new Book. Cheng Man-ch'ing, the famed master of t'ai chi, is regarded as an enormously influential figure in codifying the most widely practiced form of the ancient martial art. This volume, developed by the martial arts master and scholar, details the way that students arrive at a posture -- from beginning movements to the end pose. Master Cheng provides practitioners with a complete and concise guide to the Short Form, enabling them to make rapid progress. Seller Inventory # ABZ9781883319922

Book Description 1999. Paperback. Condition: New. Paperback. Cheng Man-ch'ing, the famed master of t'ai chi, is regarded as an enormously influential figure in codifying the most widely practiced form of the ancient martial art. This vo.Shipping may be from our Sydney, NSW warehouse or from our UK or US warehouse, depending on stock availability. 144 pages. 0.285. Seller Inventory # 9781883319922