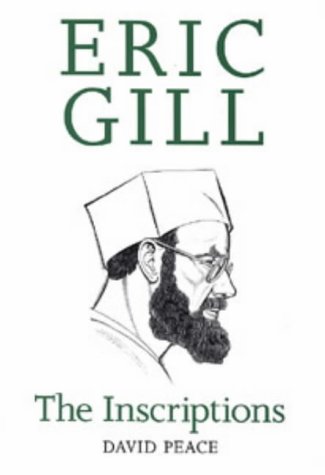 This is a catalogue of the inscriptions of Eric Gill. Over 900 items are known and all are included in this book, ranging from his first inscription on stone in 1901 to his design for his own gravestone in 1940. David Peace has based his research on Gill's brother, Evan Gill's inventory. It now includes over 100 previously unrecorded inscriptions. The book complements "Eric Gill: The Engravings".

David Peace trained as an architect and had an early passion for lettering. He assisted Even Gill with his 1964 Inventory of Eric Gill's inscriptional works and then continued on his own for the next 30 years recording further inscriptions as he found them. Dr Peace has been Master of the Art Workers Guild and President of the Guild of Glass Engravers. By profession he was a town planner who specialised in environmental conservation.