Items related to The Prime Minister 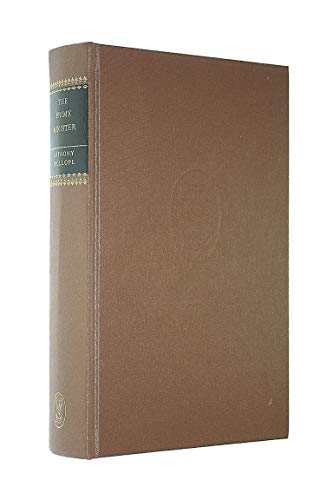 Much against his will, the Duke of Omnium consents to lead a coalition government. The Duchess quickly becomes a social figure of great power striving to consolidate his support. Together they make their way to the centre of society and, like Phineas Finn before them, they find it hollow. The novel is haunted by the mysterious Ferdinand Lopez whose pernicious influence the Duke and Duchess cannot escape. Though their relationship is far from perfect, their love for one another is as convincingly and movingly portrayed as any in English fiction. The Prime Minister (1876), described by Tolstoy as a 'beautiful book', is the fifth of the six Palliser novels (1864-80). Together they provide an exceptionally rich and telling exposé of the British way of life during the period of its greatest prestige.

Can a morally scrupulous English gentleman make an effective Prime Minister? This is one of the enduringly fascinating problems posed in The Prime Minister (1876). And as Plantaganet Palliser, Duke of Omnium, overenthusiastically supported by Lady Glencora, presides over the Coalition government, Trollope reaches into the highest echelons of the English establishment, depicting political realities rather than ideology, portraying social, sexual and domestic politics as well as the public variety. The world of the novel is perplexed and dominated by the handsome impostor Ferdinand Lopez. Even the Duke and Duchess are not immune to his malign influence, as Lopez pursues Emily Wharton for her charm and her fortune, and plots to win membership of that most exclusive of English clubs, the Houses of Parliament.

Anthony Trollope's first novel and one of his most dramatic and haunting. Euphemia MacDermot is the tragic heroine who is seduced by the unscrupulous Captain Ussher. Trollope paints a picture of contemporary Ireland, in which many elements of the later Troubles are clearly outlined.

6. THE PRIME MINISTER - THE COMPLETE NOVELS OF ANTHONY TROLLOPE