Items related to The Stuarts' Last Secret: The Missing Heirs of... 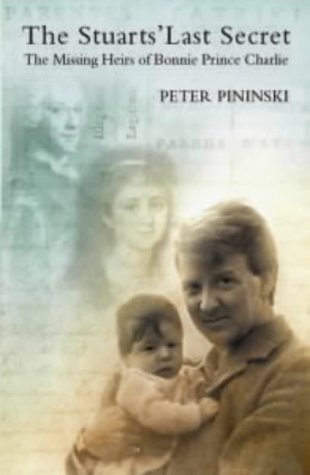 This work rewrites the final chapter in the history of the last Stuarts. It provides documentary evidence, previously unknown, which uncovers the fate of Prince Charles Edward's three grandchildren - the secret family of his daughter, Charlotte Stuart, Duchess of Albany. Having discovered his private papers, Professor George Sherburn published a biography of Charlotte's son in 1960. But as James Lees-Milne wrote in 1983, "nothing is known about the two daughters". Thus in 1996 John MacLeod claimed Charlotte's son was "the last of the line by blood". In discovering the lives of the two daughters the author reveals that one had a son whose descendants survive to this day. The book is the untold story of the Stuart bloodline from the Old Pretender and Princess Clementina Sobieska - described by Professor Bruce Lenman as "a vast and exciting panorama" laid out over "a grand sweep of time" in a work whose "scholarship is deliberately unobtrusive, but very extensive".

Peter Pininski is an art historian and was working at the National Museum in Warsaw when General Jaruzelski imposed Martial Law in 1981. Returning to Poland upon the fall of communism, for over a decade Peter Pininski has been living in Warsaw with his son and is a director of the Lanckoronski Foundation of Geneva, the Ciechanowiecki Foundation at the Royal Castle in Warsaw, and a member of the supervisory board of the Polish National Investment Fund Octava.