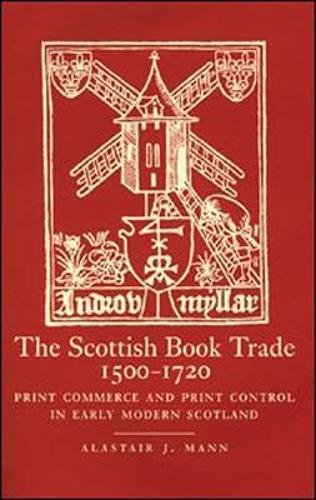 This volume examines the Scottish book trade from c.1500 to c.1720, looking at booksellers, bookbinders, stationers and printers and their relationship to the forces of authority. The scale of the Scottish book trade in this period was surprisingly large, consisting of over 150 printers and over 400 booksellers, but its rate of growth was not constant as it was buffeted by the winds of economic and political circumstances. It is the public, not private world of book dissemination that is examined. Emphsis is placed more on supply than on demand. It is shown that the unique qualities of the printed book, with its blend of commerce and technology on the one hand, and intellect and ideology on the other, ensured that authority - burghs, church, governemt (crown and executive) and law courts - reacted with a complex response of liberty and prohibition. So it was for all nations experiencing the arrival of printing, but Scotland had its own particular range of dynamics, a distinct Scottish tradition.