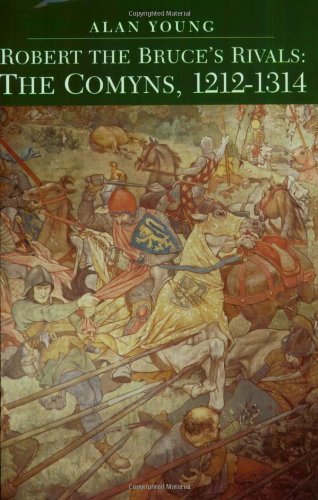 This volume aims to critically examine the bad reputation gained by the Comyns in post-Bruce Scotland. The name "Comyn" has long been associated in Scottish tradition with treachery: the family were involved in the infamous kidnapping of the young Alexaner III in 1257, were accused of treachery against William Wallace at the Battle of Falkirk in 1298, and of betraying Robert Bruce to Edward I of England 1306. This reappraisal of the Comyns' role concludes that the period 1212 to 1314 should be regarded as the "Comyn century" in Scottish history. The book highlights the Comyns' role as pillars of the Scottish monarchy and leaders of the political community of the realm in this formative century. The family's interests and influence extended into every corner of Scotland and their castles controlled key lines of communication, especially in Northern Scotland. It is against this background that Bruce's political ambitions in Scotland and Edward I's attempts to influence Scottish affairs in the late-13th century are set. Comyn dominance of the Scottish political scene adds a new twist to the murder of John Comyn by Robert Bruce in the Greyfriars' Church at Dumfries in 1306, and to the impact of the Battle of Bannockburn (1314) on the power struggle within Scotland. This study of the Comyns intends to help establish the strength of opposition to Robert Bruce at the end of the 13th century. A non-Bruce view of the 13th-century Scottish history.The issue of power politics within Scotland, and between England and Scotland, is a constant central theme.