Items related to In the Freud Archives

Malcolm, Janet In the Freud Archives

In the Freud Archives 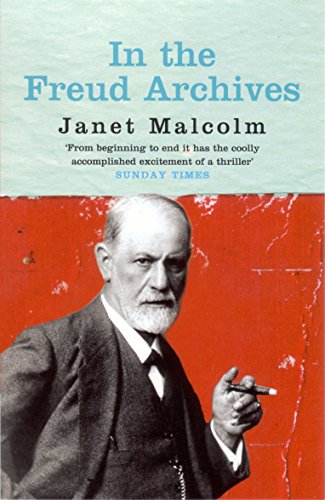 Who will inherit the secrets of Sigmund Freud? Who will protect his reputation? Who may destroy it? Janet Malcolm's investigation into the personalities who clash over Freud's legacy has become a celebrated story of seduction and betrayal, love and hatred, fantasy and reality. It is both a comedy and a tragedy. Malcolm's cast of characters includes K.R. Eissler, a venerable psychoanalyst and keeper of the Freud flame; Jeffrey Mason, a flamboyant Sanskrit scholar and virulent anti-Freudian; and Peter Swales, a former assistant to the Rolling Stones and indefatigable researcher. Each of them thinks they know the truth about Freud, and each needs the help of the other. Malcolm endeavours to untangle the causes of their rivalry and soured friendships, while the flaws and mysteries of Freud's early work tower in the background.

1. In the Freud Archives

Book Description Paperback. Condition: Very Good. The book has been read, but is in excellent condition. Pages are intact and not marred by notes or highlighting. The spine remains undamaged. Seller Inventory # GOR002495166

2. In the Freud Archives

3. In the Freud Archives Malcolm, Janet