Items related to Don't Look At Me Like That 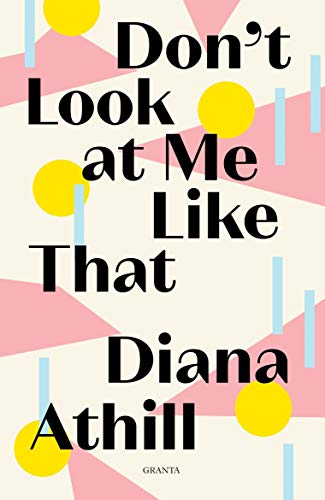 In England half a century ago, well-brought-up young women are meant to aspire to the respectable life. Some things are not to be spoken of; some are most certainly not to be done. There are rules, conventions. Meg Bailey obeys them. She progresses from Home Counties school to un-Bohemian art college with few outward signs of passion or frustration. Her personality is submerged in polite routines; even with her best friend, Roxane, what can't be said looms far larger than what can. But circumstances change. Meg gets a job and moves to London. Roxane gets married to a man picked out by her mother. And then Meg does something shocking - shocking not only by the standards of her time, but by our own. As sharp and startling now as when it was written, Don't Look at Me Like That matches Diana Athill's memoirs After a Funeral and Instead of a Letter in its gift for storytelling and its unflinching candour about love and betrayal.

Veteran editor Diana Athill's novella Don't Look at Me Like That, first published in 1967, is a polished tale of a young woman's sentimental education in the 1950s. Meg Bailey, the daughter of a poor rural vicar, is first introduced as a 16-year-old into "polite" society by her wealthy, glamorous school friend Roxanne Weaver. As the years pass, Roxanne settles for marriage and respectability, while Meg drifts in a somnolent haze through art school and tentative jobs as a freelance illustrator in London. Despite taking lovers and becoming part of a bohemian, free-spirited household, Meg remains aloof, her hesitant personality buried beneath that of the confident showiness of Roxanne and of Roxanne's manipulative mother--until she smashes the accepted mores of her upbringing and of society by embarking on an affair with a married man.

Echoing such coming-of-age novels as Rosamond Lehmann's The Weather in the Streets and Elizabeth Jane Howard's The Beautiful Visit, Don't Look at Me Like That evokes a London of rain; grimy bedsits, plush, hushed restaurants, illicitness and despair. Eschewing sentimentality for the precision that distinguished her later memoir, Stet, Athill skilfully blends diffidence and pathos to produce a story at once all-too familiar and unique. --Catherine Taylor

Diana Athill was born in 1917. She worked for the BBC throughout the Second World War before helping Andre Deutsch establish the publishing company that bore his name. For almost fifty years she was widely regarded as one of the finest editors in London, as well as a considerable and unjustly neglected writer. Two of what she called her 'documentary' books, After a Funeral and Instead of a Letter, anticipated the modern memoir in their directness and intimacy. After a Funeral and Stet are also issued by Granta. She died in January 2019.