Items related to Dick Turpin - The Myth of the English Highwayman.

Sharpe, James Dick Turpin - The Myth of the English Highwayman.

Dick Turpin - The Myth of the English Highwayman. 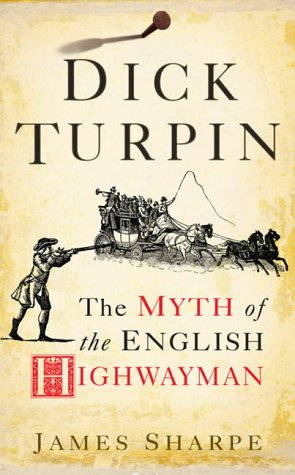 An engaging work of social history. (The Times)

He captures the life and times of Turpin perfectly, and finds something of interest in every character involved. (New Statesman)

As Dick Turpin went to the scaffold in York in 1739 he was determined to look his best. The previous day he had had a new frock coat and pumps delivered to him in the condemned man's cell in York Castle Prison. And he paid GBP3 and 10 shillings for five men to act as mourners. Who was this notorious highwayman and why did he become so famous? What did he do to become the subject of such extraordinary myths? Most of all, why are highwaymen romantic figures? We have highwayman now: we call them muggers and car-jackers and we don't sing ballads about them or eulogise them for their brave exploits. This is a masterly biography of one of Britain's best-known criminals - but it is also an examination of the cult of the highwayman, of crime in the 18th century and the treatment of criminals. In the absence of any police force how were crimes solved? Who did the detective work? And did the criminals get a fair trial - an important question if you were going to hang from the neck for a relatively minor misdemeanour. Was there a criminal underclass and did people really live in terror of going on the roads at night.

Looking at the underbelly of society and the nastier aspects of life that many historians ignore, James Sharpe creates a vivid picture of life on the edges in 18th century Britain.

1. Dick Turpin : The Myth Of The English Highwayman :

2. Dick Turpin: The Myth of the English Highwayman