Items related to The Voluntary Insane 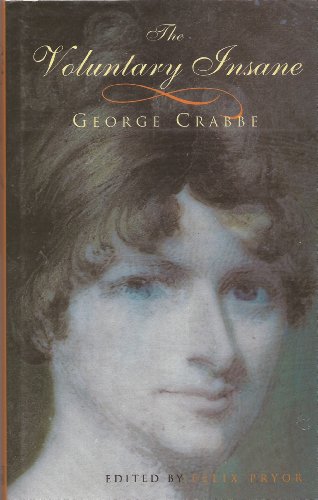 Crabbe (1754-1832), was a favourite poet of Byron, Scott and - particularly - Jane Austen. This 1208-line poem, only recently discovered and probably composed in 1822, tells in narrative form of a dramatic murder and its consequences. The murderess, Matilda, was based on Crabbe's wife who suffered acute depression after the death of her son Edmund. In the poem Matilda confesses her story to a priest, which mirrored real life, as Crabbe too was in Holy Orders.