Chapman, James The British at War: Cinema, State and Propaganda, 1939-45 (Cinema and Society)

The British at War: Cinema, State and Propaganda, 1939-45 (Cinema and Society) 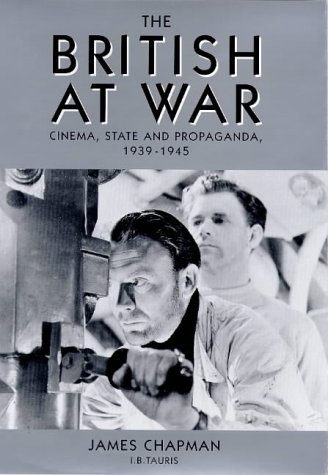 This text presents a picture of popular concensus between the government and the film industry over the representation on the cinema screen of Britain and the British at war. It examines the role of the cinema as a vehicle of propaganda, set within its institutional, political and cultural contexts, revealing the complex relationship between the Ministry of Information and the different sectors of the film industry. It identifies the themes and ideologies presented to audiences through analysis of key wartime films, including "Forty-Ninth Parallel", "In Which We Serve", and "The Life and Death of Colonel Blimp". It also corrects previous misunderstandings of the role in official propaganda of short films and documentaries, demonstrating how these films were as successful as commercial feature films at carrying propaganda to the nations's cinemagoers.

James Chapman is Lecturer in Film and Television Studies at The Open University.