Items related to Life And Fate 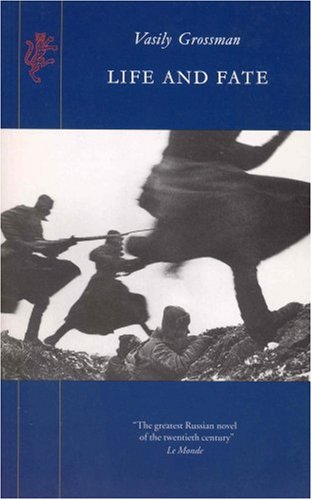 A novel centred around the Battle of Stalingrad.

"It is only a matter of time before Grossman is acknowledged as one of the great writers of the 20th century... Life and Fate is a book that demands to be talked about" (Guardian)

"Vasily Grossman's novel is burnt in my memory, not only by its huge canvas, its meditation on tyranny, and its dazzling description of war, but also because this is the novel that made me cry - not just a few leaked tears, but a full-scale sobbing episode - in Montpellier airport... Grossman lost his mother in a concentration camp. In Life and Fate, he writes with tenderness, and pain, not only of that experience but of what it is like to survive tyranny. A classic indeed" (Gillian Slovo Independent)

"One of the great writers of the last century" (Observer)

The greatest Russian novel of the twentieth century.