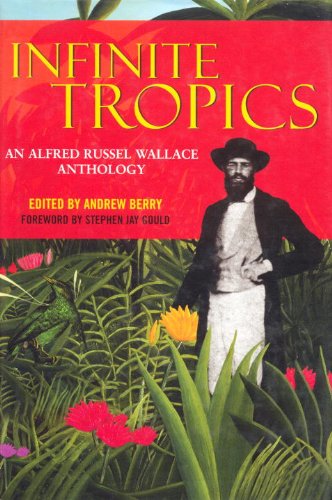 Alfred Russel Wallace was 35 and stricken with malaria in the Moluccan Islands when, in a feverish flash of light, he stumbled on the theory of natural selection. It was his letter to Darwin about the discovery that panicked Darwin into rushing out On The Origin of Species

Andrew Berry is a research associate at Harvard University's Museum of Comparative Zoology. He contributes to, among others, the "London Review of Books," "Nature," "Slate" and "The New York Observer."

Book Description Verso, U.S.A., 2002. Hardcover. Condition: New. Dust Jacket Condition: New. 1st Edition. U.S.A.: Verso, 2002. Book. New. Hardcover. 1st Edition. Pristine perfect brand new first edition hardcover in new jacket. This book could not be in more pristine perfect condition if it came fresh off the press today. The covers are so crisp and tight it feels as though no one has ever opened it to look inside. Jacket looks brand new too, with shelf wear visible on only one corner. SUPERB collector's GEM!. Seller Inventory # 047347