Items related to The Life and Music of Sir Malcolm Arnold

The Life and Music of Sir Malcolm Arnold 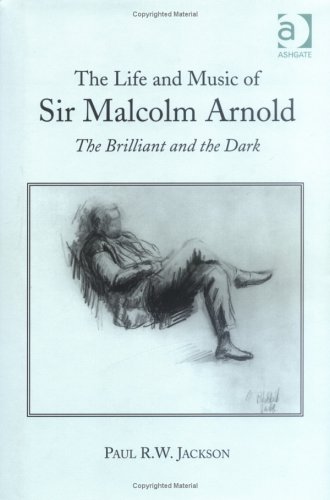 "All of my music is biographical" declared Sir Malcolm Arnold in an interview in 1991. Arnold's turbulent life has permeated his music to a greater degree than probably any other British composer, as Paul Jackson reveals in this account. Interweaving biographical details with close analyses of Arnold's major works, particularly the nine symphonies, and drawing on sketch materials never previously examined, Jackson provides insights into Arnold's compositional process, and the ideas informing works such as the John Field Fantasy and the 7th Symphony. Extensive interviews with Arnold himself as well as with his family, friends and colleagues add further perspectives on his relationships with fellow composers and musicians, publishers, critics and family. A combination of joie de vivre and periods of depression and personal tragedy, Arnold's life has mirrored his music in its combination of seemingly disparate elements that make a compelling whole.

1. The Life and Music of Sir Malcolm Arnold: The Brilliant and the Dark

Book Description Hardcover. Condition: Good. No Jacket. Item is in good condition. Some moderate creases and wear. This item may not come with CDs or additional parts including access codes for textbooks. This may not have a dust jacket. Might be an ex-library copy and contain writing/highlighting. Photos are stock pictures and not of the actual item. Seller Inventory # DS-1859283810-3