Items related to Living and Learning: Essays in Honour of J.F.C. Harrison

Living and Learning: Essays in Honour of J.F.C. Harrison 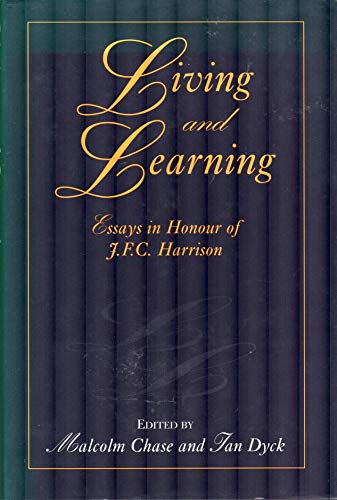 This is a review by leading scholars of three key themes in modern social history: popular belief, learning and labour. The collection honours the distinguished social historian J.F.C. Harrison, whose work on all three of its themes has done so much to illuminate them. The essays on belief range from apocalyptic thought to the secular movement; those on education from the early socialists to working-class teachers in Elementary schools; and those on labour from the perception of America among British radicals to the verbalisation of dissent in the 1840s. Throughout, the emphasis is on the creation of cultural and political identities, and with the intimately personal as well as the more directly institutional. The collection features original contributions from E.P. Thompson, Dorothy Thompson and other distinguished historians.

1. Living and Learning: Essays in Honour of J.F.C. Harrison

2. Living and Learning: Essays in Honour of J.F.C.Harrison