Items related to Refugees and Asylum Seekers in Ireland (Undercurrents... 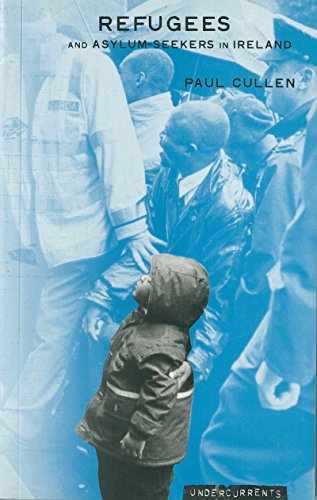 The explosion over the past few years of the number of people seeking asylum in Ireland as a result of the booming "Celtic Tiger" economy has focused attention for the first time on a wide range of debates: the need for political asylum and Ireland's international role, how to deal with this new phenomenon domestically, Ireland as a country of immigration as well as emigration, and the adequacy or otherwise of public policy in dealing with the problem. "Refugees and Asylum-Seekers in Ireland" looks at the history of immigration and refugees in Ireland in the twentieth-century, and the background to the recent increase in asylum-seekers. The book looks to the future, assessing political options and considers the implications for the future of Irish society.

Paul Cullen is development correspondent of the Irish Times and has written widely from Africa and other centers of conflict.

Book Description Paperback. Condition: Good. The book has been read but remains in clean condition. All pages are intact and the cover is intact. Some minor wear to the spine. Seller Inventory # GOR002769667

Book Description Paperback. Condition: Very Good. The book has been read, but is in excellent condition. Pages are intact and not marred by notes or highlighting. The spine remains undamaged. Seller Inventory # GOR001775943