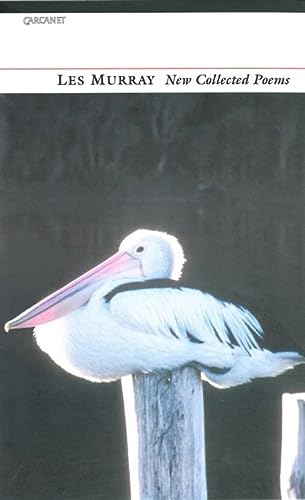 The lyric and satirical muses have kept busy with Les Murray. Subhuman Redneck Poems, awarded the 1996 T.S. Eliot Prize, Dog Fox Field (1991), Translations from the Natural World (1993) and Conscious and Verbal (1999) are added to his expanded and corrected volume, bringing the first 60 years of his life into memorable focus. 'It would be as myopic to regard Mr Murray as an Australian poet as to call Yeats an Irishman. He is, quite simply, the one by whom the language lives', Joseph Brodsky said. And Derek Walcott: 'There is no poetry in the English language so rooted in its sacredness, so broad-leafed in its pleasures, and yet so intimate and conversational.'

Les Murray was born in 1938 and grew up on a dairy farm at Bunyah on the north coast of New South Wales, where he still lives. He studied at Sydney University and later became a translator at the Australian National University and as an officer in the Prime Minister's Department. His real vocation was poetry and from 1971 he has made literature his full-time career. His first visit to Europe was in the sixties and since then he has returned frequently delighting audiences with his relaxed and excellent readings.

Book Description Carcanet Press Ltd. Paperback / softback. Condition: New. New copy - Usually dispatched within 3 working days. Born in 1938 in rural New South Wales, Les Murray is the one poet by whom the English language lives. Very little poetry in English is rooted in its sacredness, so broad-leafed in its pleasures, and yet so intimate and conversational as his. Seller Inventory # B9781857546231