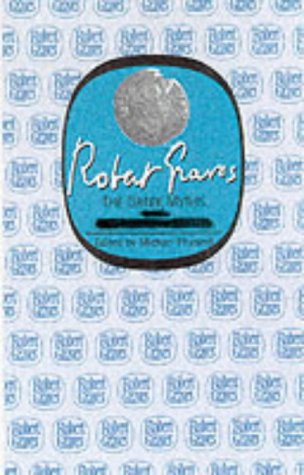 The Greek Myths has long been among Graves's most popular works, compendious in scope and lively in the telling. No poet of the twentieth century, not even Ezra Pound, was so compendiously learned as Graves in the origins of our Mediterranean cultures. While his approach to myth is original and sometimes contentious, his narrative is always compelling. Graves tells the myths of creation, the origins of the Gods and their lives, the exploits of the heroes and the Trojan War. The retelling is modern but the matter is not modernised: Graves is alive to the vivid otherness of the world he evokes. The Greek Myths are more than cultural archaeology: it recovers the coherence of the ancient world. Graves's organisation and comparisons of sources infer connections, common themes, synergies and tropes; his riskiest conclusions are persuasive because of the energy and penetration of his mind. He sees history, not psychology, through the myths and suggests that they have actual occasions which, in the telling and retelling, became charged spiritually, maturing into the coherence of religion. The Greek Myths, a reference book or as an exploration of our common roots is corrected in a limited edition as part of the Millennium Graves Programme.

Robert Graves (1895-1985), poet, classical scholar, novelist, and critic, was one of the gratest writers of the 20th Century. Athough he produced over 100 books he is perhaps best known for the novel I, CLAUDIUS (1934),THE WHITE GODDESS (1948) and GREEK MYTHS (1955). Robert Graves was born in Wimbledon, south London. His father, Alfred Percival Graves, was a school inspector, and his mother, Amalie von Ranke Graves, was a great-niece of the German historian Leopold von Ranke (1795-1866). He was educated at Charterhouse, and awarded a B.Litt by St. John's College, Oxford after his return from World war I, where he served alsongside Siegfried Sassoon. Robert Graves died in 1985 in Deja, the Majorcan village he had made his home (with the exception of the Spanish civil war and the Second World War) since 1929.

Book Description Carcanet Press Ltd. Condition: Acceptable. Used - Acceptable. Your purchase helps support Sri Lankan Children's Charity 'The Rainbow Centre'. Ex-library with wear and barcode page may have been removed. Our donations to The Rainbow Centre have helped provide an education and a safe haven to hundreds of children who live in appalling conditions. Seller Inventory # Z1-B-019-01456