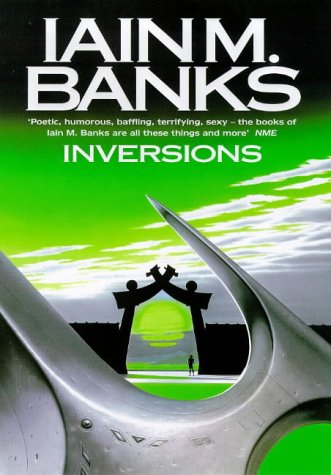 Iain M. Banks' previous science fiction novel, EXCESSION, was a SUNDAY TIMES hardback and paperback bestseller, and was published to enormous popular and critical acclaim. Without doubt one of the most daring, imaginative and compelling writers of his generation, his new science fiction novel will be a major event in the 1998 publishing calendar.
In the winter palace, the King's new physician has more enemies than she at first realises. But then she also has more remedies to hand than those who wish her ill can know about.
In another palace across the mountains, in the service of the regicidal Protector General, the chief bodyguard too has his enemies. He also has at least one person he cares for deeply and who cares for him, though neither can risk saying so.
Spiralling round a central core of secrecy, deceit, love and betrayal, two stories - linked more closely than even those involved can know - climb to a devastating climax.

Science fiction readers know that Iain Banks writes "respectable" novels (such as The Wasp Factory) while his alter ego Iain M. Banks produces equally well-written but often more playful sci-fi--most famously, the gaudy and galaxy- spanning Culture series. In Inversions, Banks is being tricky again. Besides extra moons in the sky and stories of devastating meteor showers that toppled a former Empire, this novel's squalid, preindustrial world seems to have no sci-fi elements. The two entwined stories feature a woman who becomes personal physician to one kingdom's absolute monarch, and the male bodyguard of a rival and more "progressive" country's Cromwell-like Protector. Both protagonists are mysterious outsiders from farther away than the King or Protector can ever imagine. Readers of Banks's other science fiction will spot the clues to their origins. Others may be slightly puzzled, especially by a seeming miracle which intervenes when the doctor faces torture--but can still enjoy the elegant narrative reversals, reflections and echoes. There are also generous helpings of blood, violence, poisoning, ingenious deceits and high excitement, spiced with political philosophy. Banks continues his pleasant habit of never repeating himself. --David Langford

A fantastic, awe-inspiring book ... I can't imagine anyone not being won over by this deeply entertaining, thought-provoking and humane story (EXPRESS)

Captivating ... incisive ... as sublime as ever (TIME OUT)