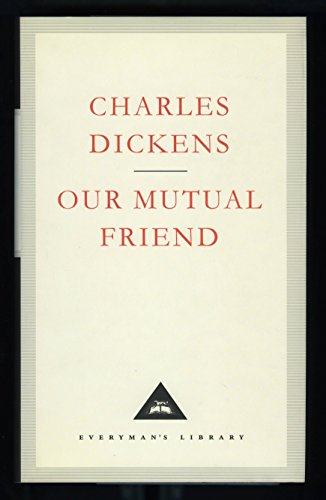 In his last completed novel, published in 1864-5, Dicens confirmed his reputation as a story-teller of genius while extending the sphere of his imagination to new worlds. Like all Dickens' novels, OUR MUTUAL FRIEND weaves together many stories, uniting them in the bizarre symbolism of the wealth which derives from a rubbish tip. With all the energy of his earlier novels, this one has an extra resonance and depth of shade.

"The fact that Dickens is always thought of as a caricaturist, although he was constantly trying to be something else, is perhaps the surest mark of his genius." --George Orwell

A guide to one of my best, world-class books
Well, if, like me you've been struggling to come to terms with your rampant imagination and like the idea of dead bodies floating in the River Thames, or chunks of dead bodies preserved in glass bottles, well then, I suppose this little number is just for you. Give it a try. Charles.